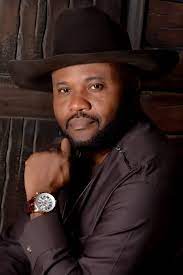 Dan Nwanyanwu mni, OFR (born 23 November 1959 ) is a Nigerian politician, businessman and lawyer who was chairman of the Labour Party (LP) from 2004 until 2014. He worked with Union Bank between 1979-1993 and during his appointment, held several roles within the National Union of Banks, Insurance and Financial Institutions Employees (NUBIFIE), rising to the role of National Treasurer and subsequently National President from 1989. The latter appointment automatically made him a member of the National Executive Council of the Nigeria Labour Congress (NLC).

In 1992, he attended the National Institute for Policy and Strategic Studies, Kuru, Jos and was awarded “Member of the National Institute” (mni). In February 1993, he resigned his appointment with the Union Bank of Nigeria to enable him to finish the programme. He finished his law Degree in 1998 and proceeded to the Nigerian Law School, eventually being called to the Nigerian Bar in the year 2000. He earned a master’s degree in Law (LL.M) in University of Lagos and did his pupilage under the close supervision of Frederick Rotimi Williams in the Chief Rotimi Williams Chambers.

In 2004, Nwanyanwu was drafted to lead the” Party for Social Democracy” (PSD) formed by the Nigerian Labour Congress, which led to his emergence as its National Chairman in a well-attended convention. The party was later renamed ‘Labour Party’ to reflect its new ideals.

He started from scratch to organize and lead a political party hitherto unknown and at the expiration of his first term, he was re-elected in December 2009 as the party’s National Chairman at a Convention held in Abuja. Under his leadership, the LP secured governorship of Ondo State, with Olusegun Mimiko.